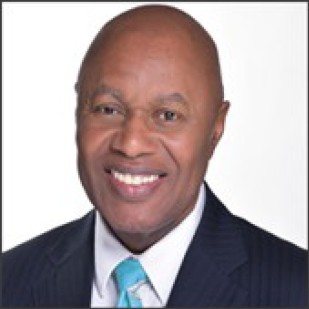 Elliott Davis has distinguished himself as the investigative reporter for FOX 2’s “You Paid For It”, KTVI’s popular ongoing investigations into government waste in our area. Elliott has questioned officials from mayors to governors in search for answers. Elliott also co-anchors evening newscasts on FOX 2 News on Friday and Saturday. Elliott Davis’ diverse career path led him to FOX 2 in May 1980, when he joined FOX 2 News as a weekend writer/editor. Prior to joining FOX 2 News, Elliott worked in advertising for the Suburban Journal newspapers.

Elliott’s “You Paid For It Series” has made him a champion of the underdog in our area and his hard-hitting investigations have made him a lightning rod of controversy in the St. Louis area’s political and bureaucratic arena. Here are some results of his investigations:

*Helped get the Missouri governor and legislature to overhaul vehicle emissions testing program.

*Led Missouri Department of Education to dissolve Wellston School District in St. Louis County and terminate the school board and superintendent.

*Led to ouster of St. Louis County mayor amid allegations of misspending.

While these are some of the major success stories there are many smaller injustices that have been righted as a result of You Paid For It probes.

Elliott’s hard work and commitment to excellence in broadcasting were recognized in 2002 with an Emmy Award for the best investigative report, and the St. Louis Black Journalism awards for best television series in 2001, 2002, and 2003. Elliott has received numerous nominations for Emmy Awards. He is a past winner of the Illinois Broadcaster’s Award and is a past recipient of the National Black Journalist award for best television series.

You can also see Elliot on the weekends. He is a regular anchor of the nightly news.

Want to send me a news tip? E-mail: elliott.davis@tvstl.com