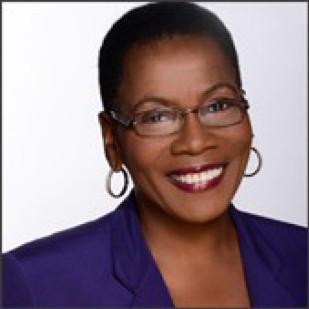 Bonita Cornute is an experienced, respected journalist, committed to making a difference. She joined FOX 2 in 1982, and has worked diligently, covering the complex issues and events that affect women and minorities. She has been a General Assignment Reporter for FOX 2 News and now also serves as a Contact 2 Consumer Reporter, fighting for the “little guy” and working to resolve tough problems. Contact 2 investigations expose scams and rip-offs targeting consumers in Missouri and Illinois. Working closely with the Call-For-Action volunteers, Cornute helps determine which issues in our community become news stories. This is especially gratifying to her, as it truly make a difference in people’s lives. (Examples of such stories and events are posted atwww.fox2now.com/news/contact2.)

Prior to joining FOX 2, Cornute worked for KETC-TV, where she co-produced and co-hosted several public affairs programs. She earned a Bachelor of Arts degree from the University of Wisconsin at Madison.

Active in many professional organizations, she has held leadership roles in the Greater St. Louis Association of Black Journalists and the St. Louis chapter of the National Academy of Television Arts and Sciences.

Cornute is the recipient of many awards for her outstanding work. The list includes four local Emmy Awards, the Quest Award from the National Federation of Press Women-Missouri Affiliate, the Excellence in Journalism Award from the National Association of Women Legislators, the NAACP Crisis Magazine’s Role Model of the Year Award, the Shero Award for Outstanding Achievement from the Coalition of 100 Black Women, the Unity Award from Lincoln University, Excellence in Journalism Awards from the Greater St. Louis Association of Black Journalists, Outstanding Achievement in the Media Award from Better FamilyLife, Inc. and community service awards from the Walbridge Caring Communities Program, The Missouri Black Expo, The University of Missouri/Columbia, The Professional Organization for Women and Matthews Dickey Boys and Girls Club. Cornute was the 1995-96 spokesperson for “Be There” – the motivational attendance project for the St. Louis Public Schools. Active in community organizations, Cornute works with many civic groups including the St. Louis Black Repertory Company, Community Women Against Hardship, the St. Louis Public Schools and the Matthews Dickey Boys and Girls Club. She is a former member of the Board of Directors of the YWCA, The Betty Jean Kerr People’s Health Center and Hopewell Center for the Mentally Ill.

Want to send me a news tip? E-mail: bonita.cornute@tvstl.com