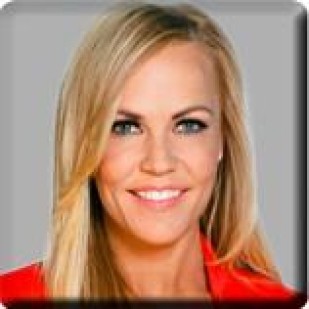 Angie Mock joined FOX 2 as the anchor of FOX 2 News in the Morning from 4:00-5:00 in March 2011. Angie will also contribute throughout the morning newscasts.

She came to St. Louis from KOKH FOX 25 in Oklahoma City, OK where she co-anchored the 4-hour morning show, reported breaking news and conducted daily interviews. While at FOX 25, she was very active in the community by serving as the board media member and spokesperson for Big Brothers/Big Sisters, the ambassador for the “Go Red” for Women campaign and as spokesperson for Juvenile Diabetes Research Foundation.

Prior to her job in Oklahoma City, Angie was a Sports Anchor/Reporter for KECI-TV (NBC) in Missoula, MT, where she anchored, reported, produced, shot and edited sportscasts on weekends, as well as anchoring a weekly coach’s show. Angie has also held news and sports reporting/anchoring jobs in Austin, MN and Lincoln, NE.

She is a graduate of St. Cloud University (the same university as FOX 2’s Margie Ellisor) with a Bachelor’s Degree in Mass Communications with an emphasis in Broadcasting and a Minor in Speech Communications. She is a member of the National Society of Professional Journalism.

A true sports fan, Angie is thrilled to be working in St. Louis, a city with a rich tradition of successful pro sports teams, and an incredibly loyal fan base.