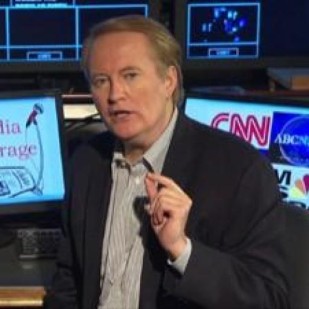 Larry Mendte (born January 16, 1957) is an American commentator and American news anchor working at WPIX in New York City. Mendte was the first male host of the American syndicated television show Access Hollywood. His nightly commentaries are aired at TV stations across the country.

Until mid-2008, Mendte was the lead anchor of the 6pm and 11pm newscasts for KYW-TV (Channel 3), the CBS O&O in Philadelphia. After nearly two decades in last place, Mendte led the station to compete with first place WPVI-TV (Channel 6). He left WCAU-TV (Channel 10), where he had anchored the 4, 6 and 11 pm newscasts.

In February 2010 Mendte returned to television with a nightly commentary on current events, originating from Tribune Broadcasting’s WPIX in New York. The position was made available with the assistance of Bill Carey, a WPIX executive and friend of Mendte’s. This segment is also seen on WPHL-TV’s 10pm newscast (which is produced by NBC’s WCAU, a former employer of Mendte), WGN-TV in Chicago and several other Tribune and Local TV-owned stations across the country.[3]